×
News
Home / Blog / News / What Is the Best Electric Shaver for Black Men?

What Is the Best Electric Shaver for Black Men?

A practical electric razor is a must-have daily necessity for every adult man. Due to the inconvenience of manual beard razors, smart electric razors are popular on market. It not only can save a lot of time for men, but also can bring a lot of convenience. And it has long service life, and life of the cutter head can last several years. So, choosing a good electric shaver is economical and fashionable. Then what is the best electric shaver for black men?

We know that black men have more beards on chin. When they shave beards, they have to spend lots of time. A good-quality electric shaver will be a good helper for them. Usually electric shaver is composed of a stainless steel mesh cover, an inner blade, a micro motor and a shell. Among them, cutter head is the key part.

Generally, whether the small electric shaver can shave clean beard, the most important factor is the blade. The cutter head is designed properly, which can make shaving become a kind of enjoyment for men. At present, the cutter heads of razors on the market can be roughly divided into three types: turbo type, cross-cut type and reticular type.

Turbine head: it uses rotating multi-layer blades to shave the beard, and this design is currently the most commonly used razor.

Cross-cut head: it uses the principle of staggered vibration of two metal blades to push the beard into the groove and shave it off.

In addition, whether the cutter head is sharp which will directly affects the efficiency of shaving. And the number of cutter heads is a decisive factor as well. We know that the blade of the early electric shaver used a single blade design, which could not completely shave the beard. With the advancement of technology, the design of double heads and three heads has been developed and obtained better shaving results. Generally speaking, the double-head electric shaver has a very good shaving effect, but it is not easy to shave off small scum or the curved angle of the chin. In order to solve this problem, the new product has added a "third knife" design, that is to say, a third knife head is added between the two knife heads. When the double knife heads sink into the skin to work, the third knife head will scrape off the scum thoroughly. At the same time, the "third knife" conforms to the ergonomic design, which can completely remove the dead corners of the chin and beard. It brings good experiences and effects for black men who have more beards on chin. 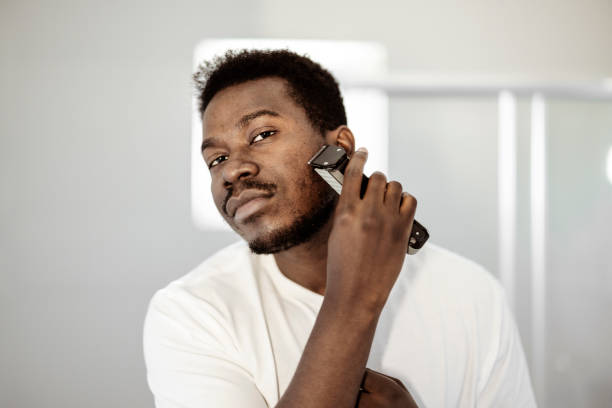 In terms of function, in addition to basic shaving functions, the electric shaver also has additional functions such as "blade cleaning display" and "battery power display". And the new generation electric shavers have also developed a "sideburn knife" that successfully shaves men's hair, allowing men to keep their sideburns neat.

This category is empty.

DINGLING Company traces its roots back to the 1981 when David Wei, who specialized in playing machine, decided to start his own business and build DINGLING Electric Appliances Co.